Ultimately, it’s a mortar and pestle made from lava rock.  But in reality, it is much more… 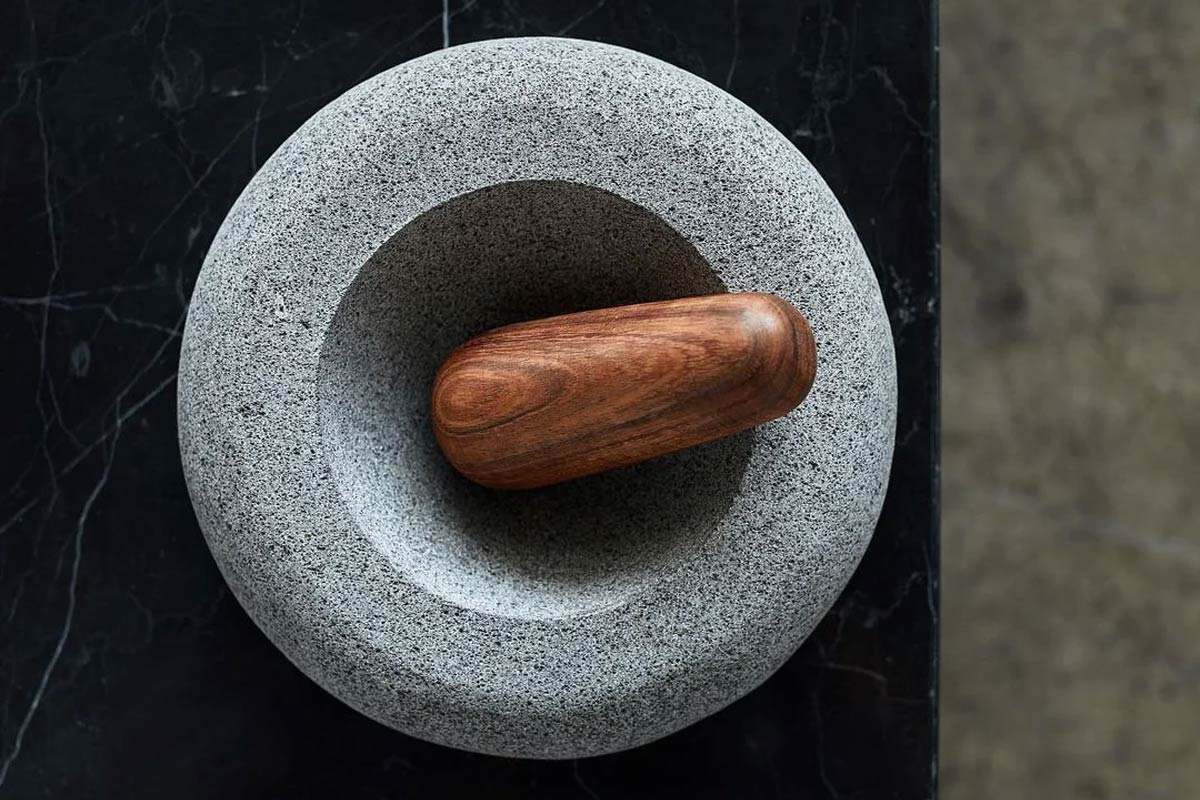 Although this splendid kitchen tool has been around for thousands of years, it is only recently that the molcajete has become a mainstream kitchen utensil.  When they first showed up on our radar, we all wondered:  well, just what is a molcajete and how do you use it?

Ultimately, it’s a mortar and pestle made from lava rock.  But in reality — it is much more.  This utensil has been used by pre-Hispanic Mesoamerican cultures, including the Aztec and Maya, for thousands of years.

“Molcajete” is derived from the ancient Náhuatl language of the central Mexican highlands (where lava rock is found) and is a combination of words meaning “sauce” and “bowl” (no surprises there).

Each authentic molcajete is carved from a single piece of lava rock and takes the artisan hours and hours.  The techniques are handed down from generation to generation in Mexico and many of the young apprentices first work in the mines with the raw stone so that they learn to properly handle the material. 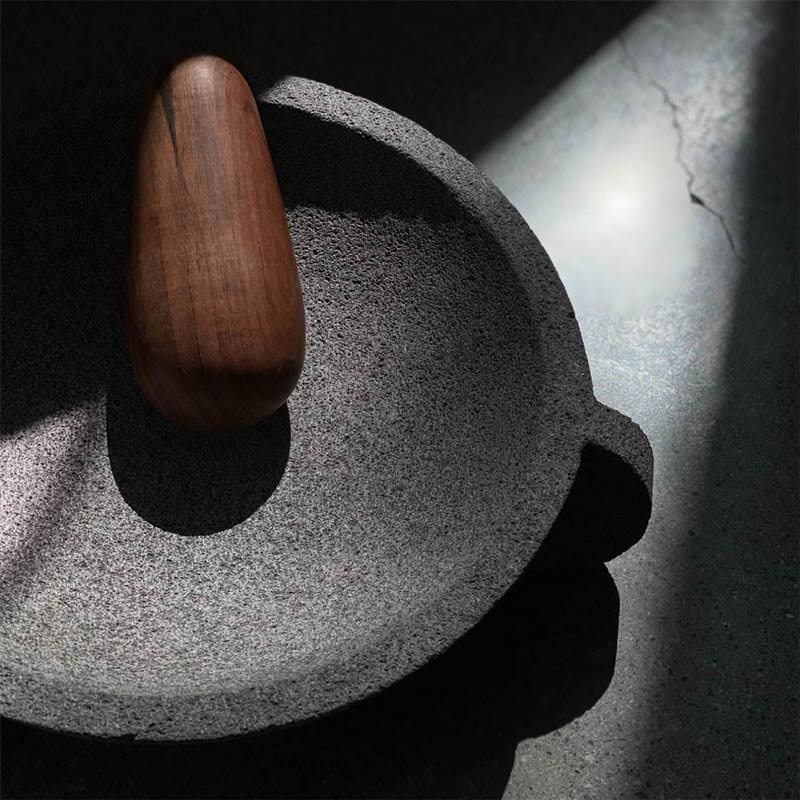 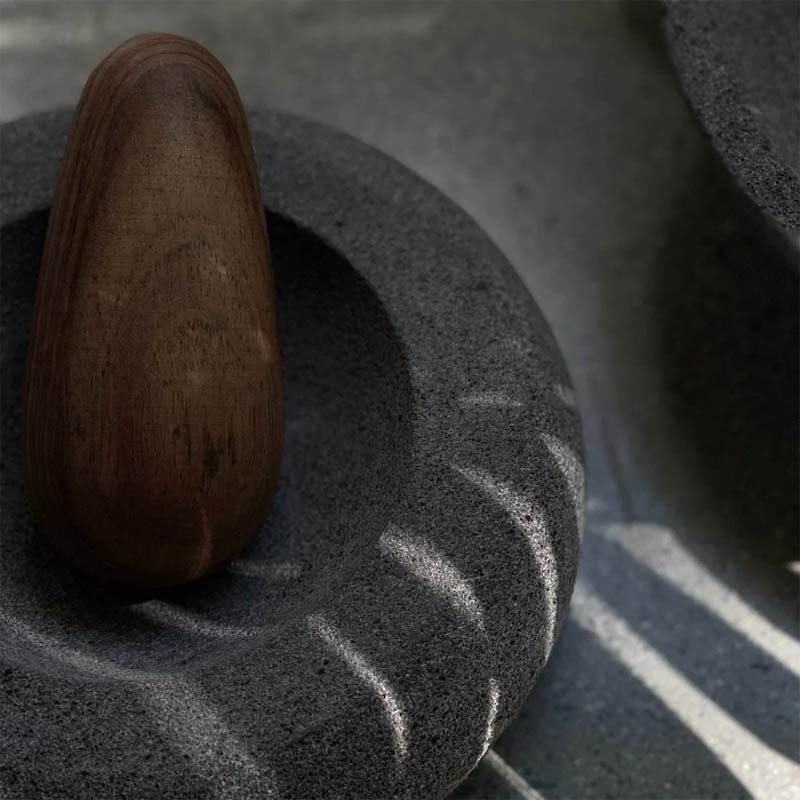 But it’s not just the techniques that are passed down to new generations, the pieces themselves are often inherited and handed down in Mexican families.  When properly cared for, they only get better with age.  Some of the most loved family molcajetes are more than 100 years old.

This cooking utensil is an important ingredient in Mexican cuisine — and has always been an unfaltering tool.  Considered a kitchen essential, the design is evolving from the traditional tripod bowl which sits on three legs, to a more contemporary and sleeker look for today’s lifestyle.

The most iconic dishes to serve in your molcajete are guacamole and salsa, which are easy recipes to try.  And the Mexican mortar and pestle will take your salsa and guacamole to a different level.  There is no food processor in the world that can match the texture or flavor you get when you use a molcajete.  If you aren’t lucky enough to have a well-seasoned family piece — there’s no time like the present to make new traditions. 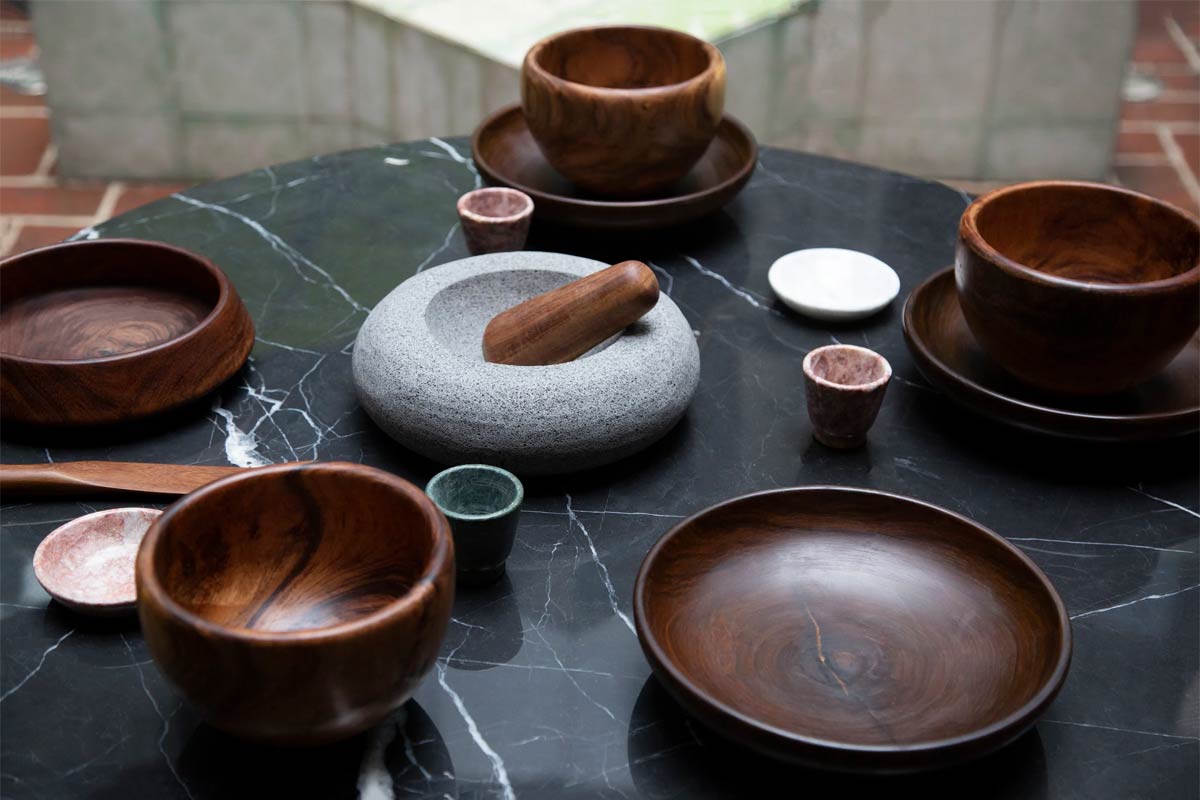 How to Use a Molcajete

When you use the molcajete to grind your ingredients, instead of simply dicing them — you are releasing the essential oils of the ingredients.  This adds incredible depth to the flavors.  Using a molcajete requires a bit of effort, but it’s worth it.

Cut up your ingredients and then add them in small amounts.  Using a press and twist-action with your wrist, grind and blend the ingredients until they are the desired texture.  You will notice a huge difference in the flavor of your salsas, guacamole or anything you create with this magic Mexican mortar and pestle. 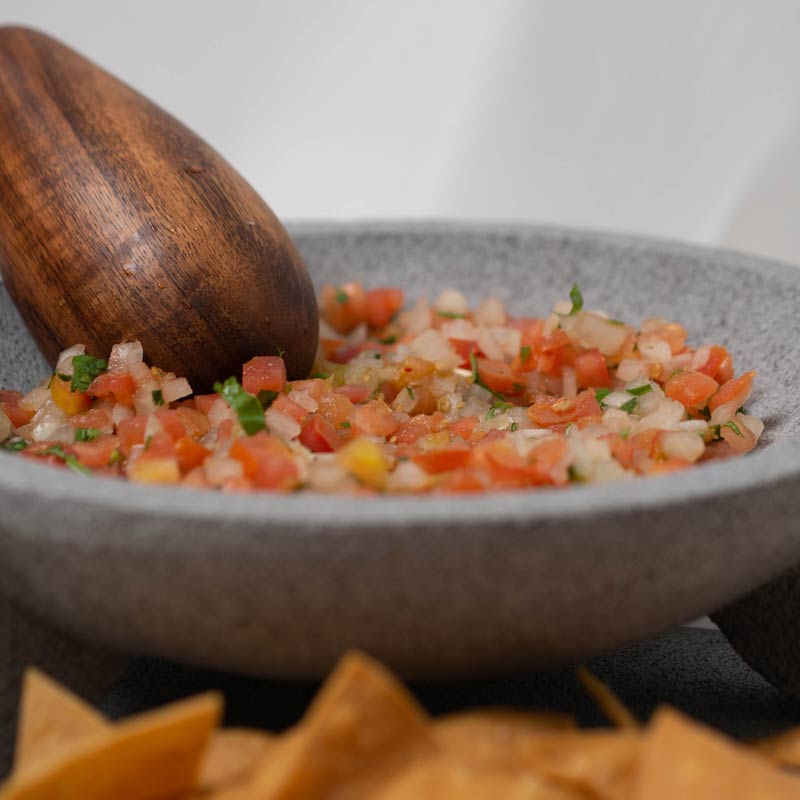 Toss tomatoes and serrano peppers in olive oil.  Over an open flame or using your oven on broil char tomatoes and serrano peppers.  Place garlic clove, salt and toasted cumin seeds in your molcajete.  Grind until garlic and cumin turn into a paste.  Once charred, remove peppers and tomatoes from the fire or oven and put in a sealed baggie to let them sweat and cool slightly.  They will be super easy to peel!  Add peppers and tomatoes to molcajete and gently grind until consistency is smooth.  Fold in chopped onions and cilantro.  Adjust seasoning to taste. 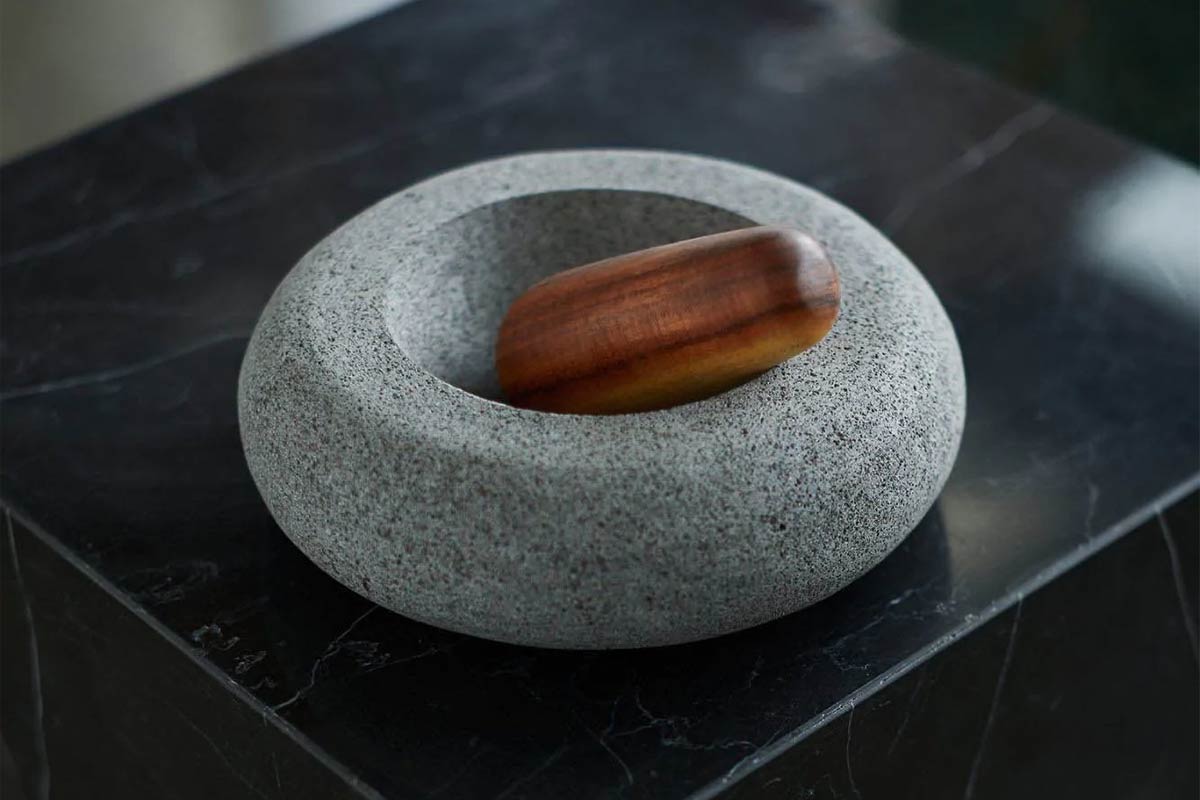 How to Season a Lava Rock Mortar and Pestle

Clean and dry your molcajete, then add a handful of white rice.  Grind the rice to a fine powder.  That’s all you need to do.  This grinding loosens any minuscule bits of lava rock that could otherwise end up in your food.  A good test afterwards is to grind three or four cloves of garlic in the vessel — if you don’t see any bits of grit, you’re good to go! 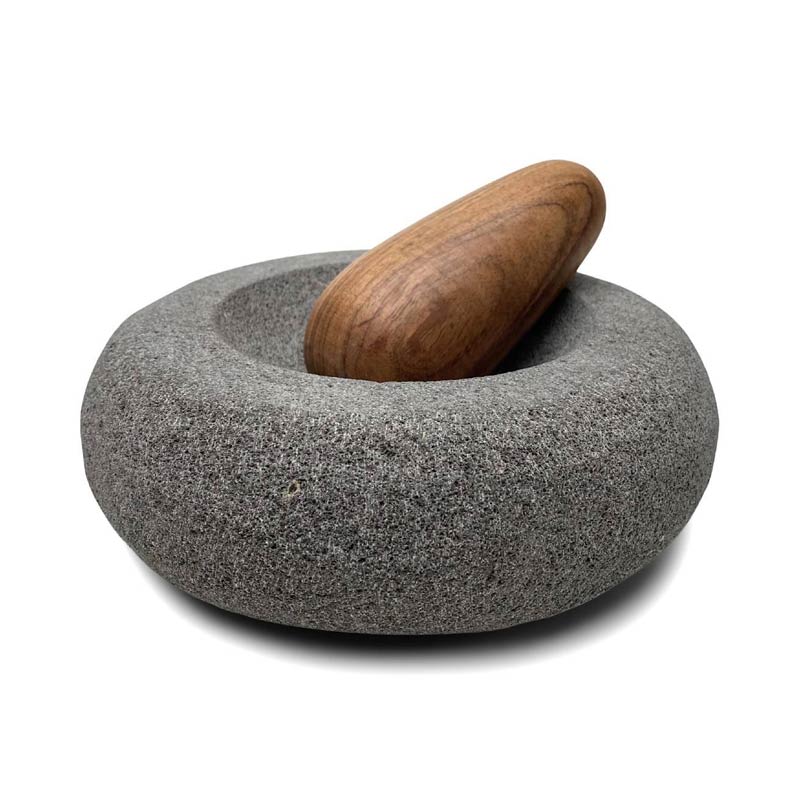 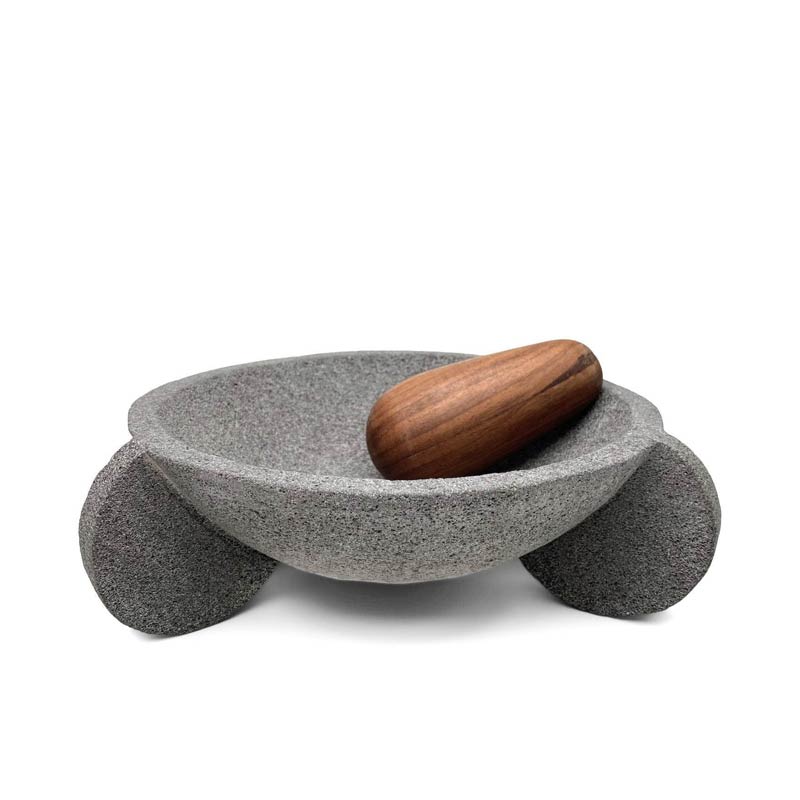 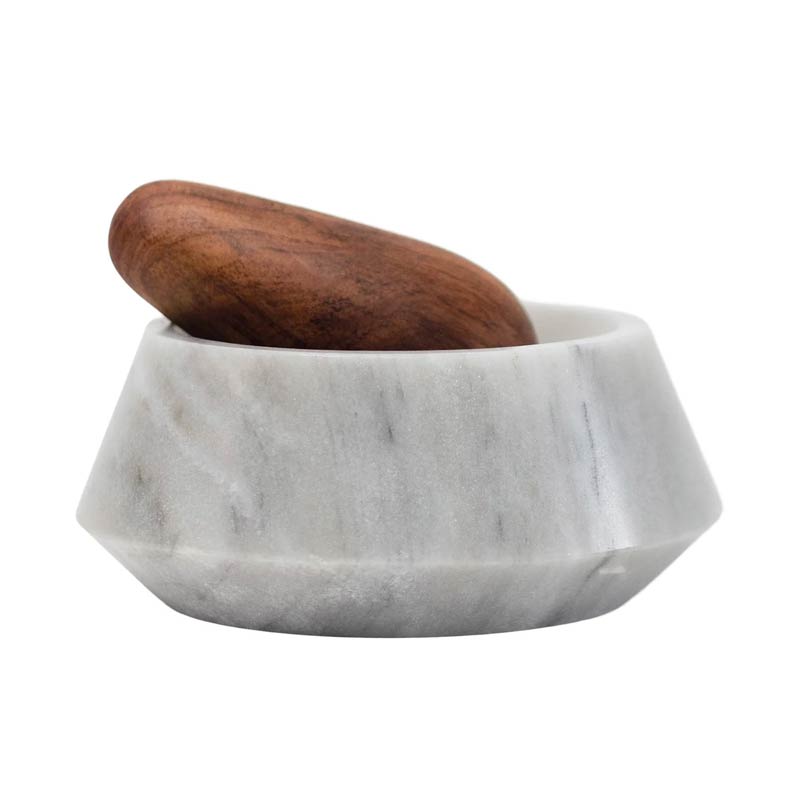 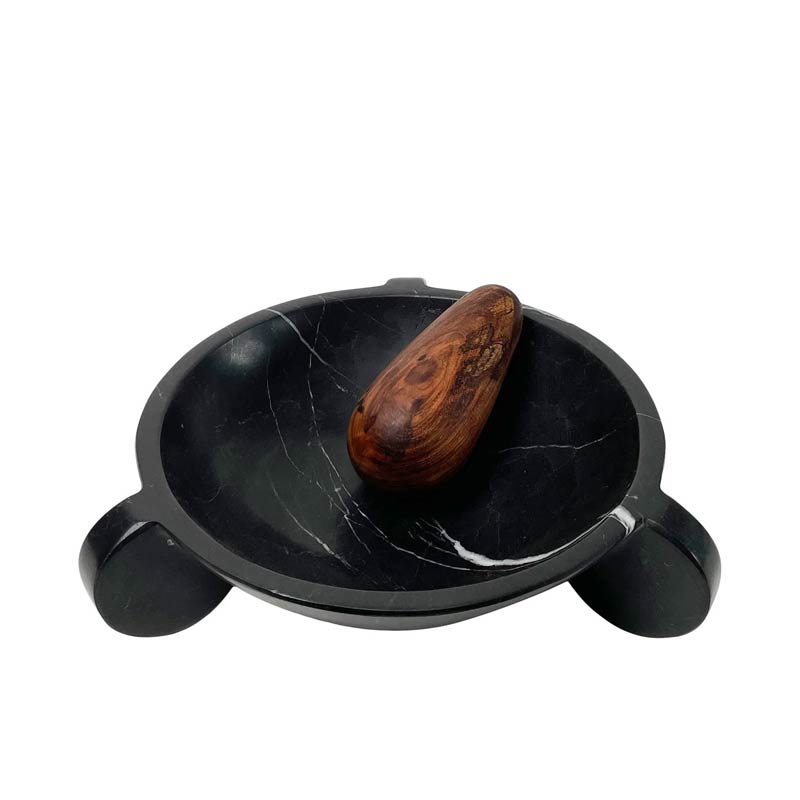 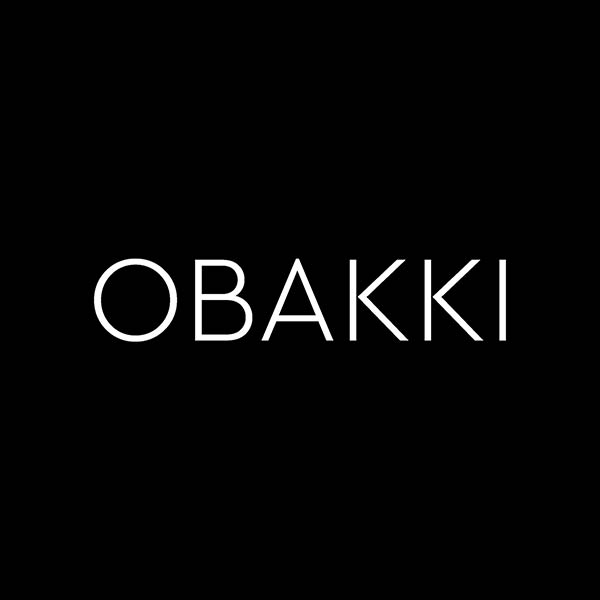 Founded in 2005 by designer and humanitarian Treana Peake, OBAKKI is a purpose-led lifestyle brand that is focused on creating a more conscious world through the act of intentional living.  Everything curated by Obakki has been handcrafted and produced in partnership with a global network of world-class artisans — real people making products that bring meaning and connection to your home.

Obakki’s main mission is to support and expand artisan partnerships, and to fund development work through the Obakki Foundation, the brand’s philanthropic counterpart. 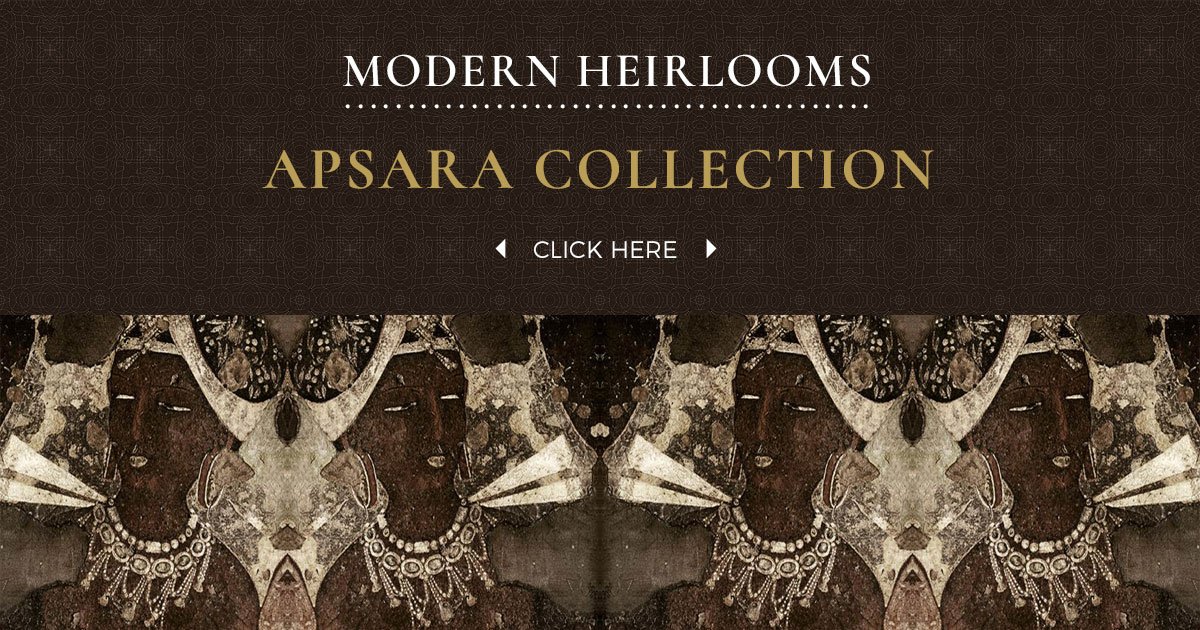