What is precious to Nusantara

Nusantara’s concept of “Considered & Accessible Luxury” holds no allegiance to trends or prerogatives.

Instead, we showcase a curation of timeless pieces from new & emerging brands with shared values and a strong craftsmanship ethos…  brands that elevate artisans & evolve heritage craft, and embody slow, ethical & attainable luxury.

Nusantara honors harmony in diversity…  in the different cultures, destinations & artisanal traditions all over the world.

Nusantara is a global embrace and celebration of life.

We maintain integrity with our values, vision & mission…  integrated completely, at all times, with our attitude, mindset, commitment and our promise to you.

Our word is our bond.

A celebration of diversity

The Fashion, Lifestyle, Gift & Art Pieces We Curate are a Celebration of Diversity.

Behind our beautiful pieces are beautiful stories from around the world…  of gifted designers who created them…  of skilled artisans who lovingly made them, using time-honored techniques…  and rich cultures that nurtured them into being.

Instead of a ‘nusantara’ region defined by geographical boundaries…  we bring you a reframed lens that views all peoples & cultures as a beautiful moving panorama of our glorious, diverse & syncretic world.  This is what our Nusantara platform embodies.

A community of kindred spirits 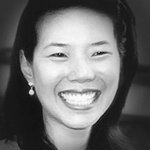 Shoi is a professional designer and an experienced project manager.  She has been marketing on the internet for two decades.

In the mid-1980s, Shoi was an admin assistant in the BBC UK’s Politics & Current Affairs News Room.  She then moved on to manage a London-based fashion house, coordinating their businesses worldwide  —  from manufacturing in China to retail outlets all across Europe and the US.  When she returned to Malaysia in the ’90s, she also ran her own interior design company before starting EMasters with Raymond Siew in 2002.

She currently heads Design by Shoi, a web & graphic design boutique.  Design by Shoi has been offering custom-tailored design solutions to small & micro businesses and solopreneurs in the US & Canada since 2002.  Her forte is designing elegant websites, online stores & visual branding.

When she’s not designing, Shoi indulges in her passions: fashion, movies, books, pretty things, her cat Angel, her son Mark.  She loves an evening out with good company, good conversation & good food—preferably all at the same time.

Raymond’s entrepreneurial knowledge and insights are distilled from his 21-year exposure in the corporate arena and hands-on experience as a dealmaker in both local and foreign corporate environments, which include Fortune 500 as well as public-listed companies.

Raymond graduated from City & East London College in Optics and worked for Dollond & Aitchison (UK), the largest optical house in Europe with over 600 branches in the UK;  he also worked in For Eyes, the fastest-growing optical chain in the UK during the late 80’s and also the first optical house to go for public listing.  Shortly after returning to Malaysia in the 1990’s, Raymond shifted focus from the optical industry and he started his own Construction and Interior Design company.

In 1997, Raymond was Corporate Projects Director of a multinational development company with projects in Australia, China, Laos, Papua New Guinea and Malaysia.  His portfolio covered the group’s construction subsidiaries in Malaysia with the brief to coordinate with key personnel to identify and negotiate corporate level contracts in Malaysia.

Raymond started EMasters with Shoi in 2002 and successfully turned EMasters into a profitable company in 2007.  He is currently responsible for the development of EMasters and its suite of online media services.

Raymond also writes articles in his blog, “On The Road Less Traveled”…